A Fish in the Swim of the World, by Ben Brown

Ben Brown (Ngāti Mahuta, Ngāti Korokī, Ngāti Paoa) is a story teller. His stories are philosophical and luminous and funny and intellectual and they plunge from one mood to the other without missing a beat. I spent a week in a van driving around Taranaki with him recently and our conversations changed me, though it’s hard to say exactly how.

END_OF_DOCUMENT_TOKEN_TO_BE_REPLACED

Whose bloody idea of entertainment is this?

Our culture is made up of the stories we tell. What do our 2020 stories say about us?

I’ve recently been engaged in debates about fiction versus non-fiction and have been firmly on the side of fiction being a useful tool to expand our understanding of the world, to inspire empathy and to learn by seeing the world how others see it. Squid Game has changed that.

END_OF_DOCUMENT_TOKEN_TO_BE_REPLACED

Extract from the first chapter

Our immigrants continued to arrive, newly ashore and land-fragile.

As I had done, they tended first to stand on solid ground and sway to an internal ocean. After months on water, the new arrivals were reluctant to lose sight of the sea. They walked up and down the long strand with packed sand underfoot, not knowing where to start or how to move on. They scowled at the high hills and dense bush and wrinkled their noses at the earthy smell, complicated and wholesome after brine and bilge water. They smiled hesitantly at fellow colonists and flinched from the inquisitive natives who ran forward to offer vigorous handshakes of welcome.

END_OF_DOCUMENT_TOKEN_TO_BE_REPLACED

This isn’t a book review as such because, a) I only review books I love, and, b) it is full of gratuitous violence which I abhor. The gratuitous violence, however, is the point of this post. And on a more positive note, in the real world we have progressed from the days when such violence was accepted without heed. Time to move on with our books?

END_OF_DOCUMENT_TOKEN_TO_BE_REPLACED

The Adventures of Tupaia, by Courtney Sina Meredith and Mat Tait 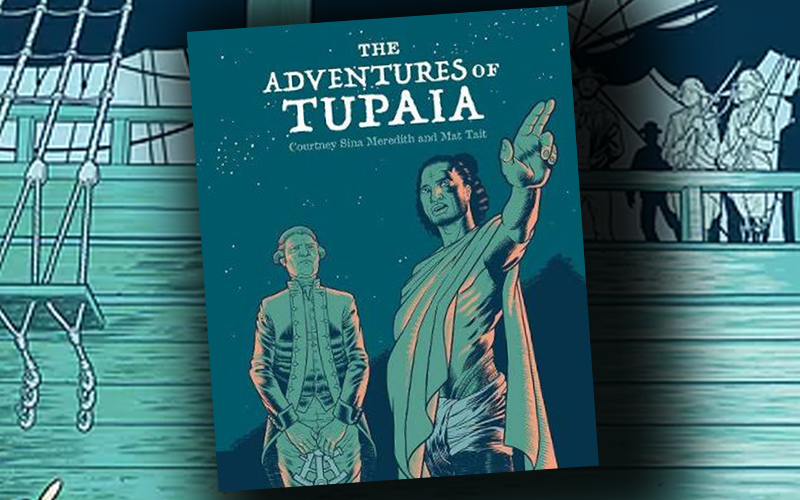 Tupaia has shot to fame these last months as the pin-up boy of our history. Neither Māori nor Pakeha, the Tahitian ‘ariori (priest) and navigator who travelled with Cook bridged two very different cultures in 1769. If we approach the study of Aotearoa/New Zealand history through his eyes we develop a fresh understanding of our first encounters.

END_OF_DOCUMENT_TOKEN_TO_BE_REPLACED

An Officer and a Spy by Robert Harris

“J’accuse!” says Emile Zola, on the front page of a Paris newspaper in 1898, and the headline throws France into disarray over the conviction of Alfred Dreyfus for treason. Or for being a Jew.

This novel was a great hit with the book club boys. It’s a fascinating period of history and Robert Harris digs around in the ugly end-of-century society, with the rise of anti-semitism in Europe, witch-hunts, the manipulation of documents, false reporting, corruption, whistle-blowing, the power of state intelligence. It all sets the scene for 20th Century history and has a uncomfortable resonance even now, when we should know better.

In An Officer & a Spy, Robert Harris creates a gripping story around real events. END_OF_DOCUMENT_TOKEN_TO_BE_REPLACED

Sally Rooney is my new discovery. Sure, I’m behind the play on this one, the last two years have seen her plastered with awards. Don’t ask me why she is so good, I find it hard to say why I find the lives of twenty something Irish students and their friends so compelling. They don’t go on adventures or do remarkable things. Their journeys are mostly internal and all about relationships. They’re going through the  pretty mundane stuff of growing up, involving incidents that you’ll probably recognise, things that you or your friends might have struggled with.

The two books are similar, each with the main character a very bright girl at university in Dublin, with family issues pulling her emotional strings and intense friendships. END_OF_DOCUMENT_TOKEN_TO_BE_REPLACED

Vibrations of the Boyd Massacre

A man on a boat told me to run the Wairakau Stream to the Duke’s Nose, which sounded my type of thing. I took my friend M with me, a Spanish lady who was staying at the YHA, who is so intimidatingly spiritual she talks of her body as a separate person. She listens to her body, and does what it tells her. It told her to come with me into the forest, so off we went.

END_OF_DOCUMENT_TOKEN_TO_BE_REPLACED

God, this is horrific. If you’re looking for a sweet but deep sequel to Captain Corelli’s Mandolin, which is what the bloke in our book club thought he was giving us, this is way out of your depth.

This is Turkey before, during and after WWI, the waning years of the Ottoman Empire. I don’t voluntarily read war stories, but this was for book club and having been brought up on the glorious allies, I was interested to read the perspective of the other side’s glorious allies. But I was sickened by the brutality and inhumanity in this story. De Bernières writes with such clarity and perception there are images painted in my head I will never wipe clean. END_OF_DOCUMENT_TOKEN_TO_BE_REPLACED