David Olusoga is fast becoming one of my favourite BBC presenters (though David Attenborough will always have my heart). Olusoga presented the excellent two part series on Britain’s Forgotten Slave Owners in 2015, showing how after slavery was abolished the legacy continued in the compensation paid out—not to the erstwhile slaves but to their “owners”—and in the underlying prejudices that became embedded in the culture. Brilliant documentary, watch it if you can.

His latest documentary is a review of African literature in the English language. It’s called Africa Turns the Page: the Novels that Shaped a Continent.

END_OF_DOCUMENT_TOKEN_TO_BE_REPLACED

Thanks to Unity Books and Wardinis

We launched my novel Jerningham this week to coincide with the young Wakefield’s 200th birthday. The book launch in Wellington was at Unity Books and it felt so right: beneath our feet in colonial times was the beach, before all the infill began. Jerningham would have leapt ashore from the whale boats right there onto the shingly sand, walked along the beach to Dicky Barrett’s pub and ordered a bottle of his favourite Hokinaga red. I had been a bit worried that no one would come out to help celebrate but there was a good crowd, in a big part because of our three wonderful kids who brought along every friend who had ever sat at our table over the years and made them buy a book. They probably came for the wine, but that’s ok. It was Decibel. Can’t blame them.

Then we moved up to Hawkes Bay and had a bit of fun dressing up like Victorians at Duart House. Decibel again sponsored the wine along with Maison Noire so we were guaranteed a good turn out. People drank local, read local and our local Wardini Books sold the book.

To all those who came along, thank you very much. And what did I tell you? Everyone looks better in a top hat (though the ladies rocked the flowers, too)

Colonial Wellington’s original wild boy, Jerningham Wakefield, was born 200 years ago today. The son of New Zealand Company founder Edward Gibbon Wakefield, Jerningham was a member of the advance party of the Wellington colony, arriving in Port Nicholson on the Tory in September 1839. He was nineteen years old and sent away from England by his father to keep him out of mischief. It was a mistake Edward Gibbon probably came to regret.

END_OF_DOCUMENT_TOKEN_TO_BE_REPLACED

Jerningham Wakefield and the first colonial settlement of Wellington

I walked into a bookshop yesterday and my book was on the counter. Does an author ever get used to that? Felt like the first day out with a new baby. They cooed over me in the shop and asked me to sign the copies.

That was a pretty exciting day.

Extract from the first chapter

Our immigrants continued to arrive, newly ashore and land-fragile.

As I had done, they tended first to stand on solid ground and sway to an internal ocean. After months on water, the new arrivals were reluctant to lose sight of the sea. They walked up and down the long strand with packed sand underfoot, not knowing where to start or how to move on. They scowled at the high hills and dense bush and wrinkled their noses at the earthy smell, complicated and wholesome after brine and bilge water. They smiled hesitantly at fellow colonists and flinched from the inquisitive natives who ran forward to offer vigorous handshakes of welcome.

END_OF_DOCUMENT_TOKEN_TO_BE_REPLACED

I was on my way out the door last week and got a text from my editor. She’s also my publisher – The Cuba Press is a small but very cool Wellington firm. “Can you zoom?” she asked.

Yes. Always. That’s the answer you give when your editor asks if you are free. Because when it comes to a book, your editor is your best friend.

END_OF_DOCUMENT_TOKEN_TO_BE_REPLACED

Every morning now I wake after dreaming of isolation. It makes it hard to write.

It’s as if there’s a place in my subconscious that has gone very dark and is holding all the fears I don’t confront during the day.

I force myself to linger in that half-state to capture a fragment and make sense of it, but there’s nothing to catch; just a feeling of unease, an unexplained fear. I have never been able to step into my dreams and haul out a story and I am suspicious of those who say they can. All I can ever bring across that barrier are moods and shots of disassociated things, like photographs of a past I no longer remember. I haven’t ever drunk so much I don’t remember what happened the night before, but it must be a post-dream feeling: waking up on someone’s sofa, remembering scrambling noises, a cat rubbing and mewing to be fed, crowds of people gathered before a high fence, something bad. END_OF_DOCUMENT_TOKEN_TO_BE_REPLACED 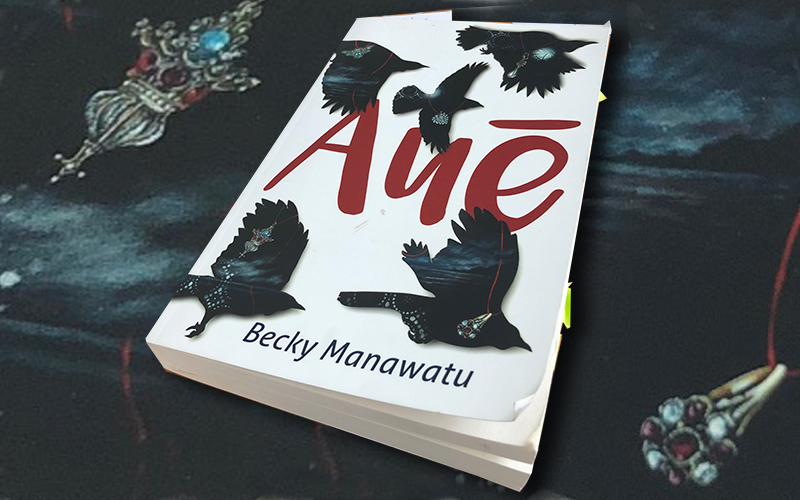 “Taukiri and I drove here in Tom Aiken’s truck. We borrowed it to move all my stuff. Tom Aiken helped. Uncle Stu didn’t. This was my home now.”

Brave words from an orphaned boy dropped with remote, dysfunctional whanau. He watches his brother drive away. He says he’ll come back as soon as he can, but we wait with Ārama as the story unfolds and Becky Manawatu breaks our hearts. “Uncle Stu made people doubt they existed, and when you doubted you existed long enough, you started to disappear.” But even this lost little boy finds friendship with Tom Aiken’s sassy daughter (as good a depiction of kids’ friendship as you’ll find in any classic) and comfort with the dog, Lupo, until Uncle Stu fucks that up, too. Uncle Stu does a lot of fucking up. And he’s just the start.

END_OF_DOCUMENT_TOKEN_TO_BE_REPLACED

Probably not for book club

Here are some books that I have recently read and enjoyed to some degree. Others will have loved them. They miss the cut of my recommended books because something is lacking: elegant writing, spirit, a character to love or simply they don’t add up. Or they may be just too weird for your regular group of bookies. If you see a book you love here, please tell me what I missed.

Stephen Taylor’s The Calaban Shore is the story of the wreck of the East Indiaman (and don’t you love the imperiousness that goes with the ship’s type?), the Grosvenor in 1782. She wrecked on the coast of Pondoland, East Africa and 123 survivors made it ashore. Many, including the women and children, were abandoned (nice work, captain), others wandered off and died. A handful made it through to Cape Town and back to England. The story is in three sections: an introduction to the character’s lives India; the voyage and the wreck; and the centuries of investigations afterwards tracing the ship’s booty and the strange sightings of white women and their descendants in what is now East Cape province of South Africa.

There’s masses of technical details and years of very thorough research. I haven’t included this in the Books I Love section because the slightly patronising writing style has dated — the handling of race/women/class feels inappropriate in 2020 and the book needs to be read with the attitudes of 2004 in mind (which is fine, that’s part of history, too). But also because, like other books I’ve reviewed that are heavy on the research (eg The Hell Ship), Stephen Taylor has linked gaps in the facts with choppy fiction and a medley of quotations from various sources so we’re left with a book not one thing nor the other.

Shipwreck enthusiasts — go for it.

They told me Mantel had sorted out the pronoun problem that killed Wolf Hall and Bring Up the Bodies. She hasn’t. I got to page seven, got lost trying to work out who was speaking seven times and thought: the book is 882 pages long. Not this time, Hilary.

Recommended by a good friend who knows I love a well-written yarn but obviously doesn’t know my absolute belief that every book need to be uplifting in some way. Even Cormac McCarthy’s The Road, which is the most miserable stretch of dismal apocalyptic reading, was more hopeful than this story.

Here we have the surprisingly articulate Romy Hall telling her life story. I say surprisingly because although she apparently did OK at school, in early teens she headed for a life of drugs and prostitution and abuse. If she was as clever and insightful as her character appears, maybe she would have had the smarts to see some of this shit coming. She fights back and ends up in jail with no hope of being reunited with her young son. Still, she tells a good yarn with lots of interesting characters, also tragically fallen and nothing much good happens to any of them. The future is bleak. End of story.

Once again, I fine myself applauding Martha Jane Kelly for her research and her passion and railing against a poorly edited book (can’t believe I just said that. Who am I to criticise Penguin? And yet, here I go.) This could have been a great read. It has all the elements: a fascinating period in history with the Bolsheviks being bolshy and the White Russians fleeing their palaces. A cliffhanger at every chapter end. There are interesting characters with some power to change their lives and a workable plot line. But there are easily fixed flaws that spoilt the read for me. Just me, perhaps, so don’t worry, Penguin. You’ve got a million other readers for this. END_OF_DOCUMENT_TOKEN_TO_BE_REPLACED