Down from Upland, by Murdoch Stephens 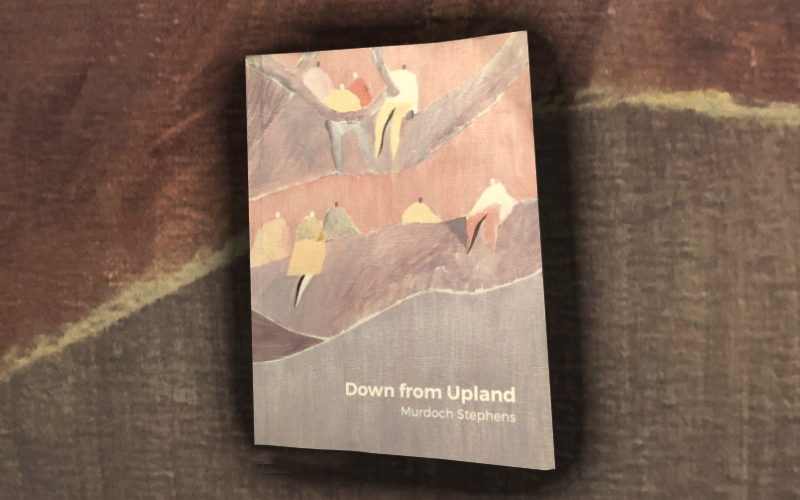 This is one of those books that is so close to home it hits the cringe spot and makes me judder all over. I don’t mean the bit about the open marriage, but geographically. Kelburn.  This is my childhood and these are my people and not much has changed over the years. Stephens nails it. There were families like this back in the 70s, where the parents thought they were cool and liberal and who massively over-shared with their kids in a way that was hideously embarrassing. Poor teenage Axle is trying to be accepted at Wellington High, (he left College because of bullying, so no change there, either) while at the same time accepting mum’s boyfriend sleeping over while dad’s male lover gate-crashes. And his father, who can down five passive aggressive bottles with his wife’s young squeeze, ‘helps’ Axle negotiate parties and sex and alcohol by lecturing him, grounding him or buying him a shopping trolley of low alcohol beer, so the lad can ‘fit in’ at parties without getting smashed. There are some great scenes where the lads, naturally, run experiments on getting drunk on low alcohol beer.

Down from Upland is set perhaps a few months in the future and I’m glad about that because covid doesn’t get a mention and we are full steam ahead saving the climate.  New Zealand must become carbon neutral by 2025. The students are protesting the slowness of change. The public servants are manipulating carbon credits. “Climate justice now!” is the empty catchphrase. Life goes on.

Axle and friends make compromises in their own middle-class lives; the kids with mum a partner at a big law firm and grandad head of the Reserve Bank lead the protests (they won’t get expelled) and those not from ‘old families’ (how I hate that phrase) keep their heads down and do ‘the same as the powerless always do: subterfuge, sabotage, guerrilla warfare’, which is kind of funny coming from Kelburn kids, but when you’re fifteen everything is relative. They don’t actually do any of these things, of course. Just talk, same as the adults.

There’s lots of grown-up debate about how to keep a marriage fresh: scheduled weekly lunch dates recommended by a Guardian columnist, open discussions, honesty (how does your lover make you feel?) and healthy eating. It was terribly modern in the seventies and  terribly modern now. Father analyses family strategy while mother confesses she is more the “trial-and-error, fuck-around-and-find-out kind”. Neither is a role model for their son. Stephens makes this all seem normal so of course the kid accepts it as such: is that the point? That all families seem normal from the inside?

The story feels like it’s heading a bit towards satire but I’m not sure who is being set up or why: the laugh is on all of them, surely. There is a mix up with a nationality that made me chortle at first, until I realised I was probably supposed to feel guilty, so the joke’s on me, too. From an unassuming start this grew into an entertaining read, but not sure where it’s left me. Uncomfortable, perhaps, more than anything else.