Everyone Brave is Forgiven by Chris Cleave 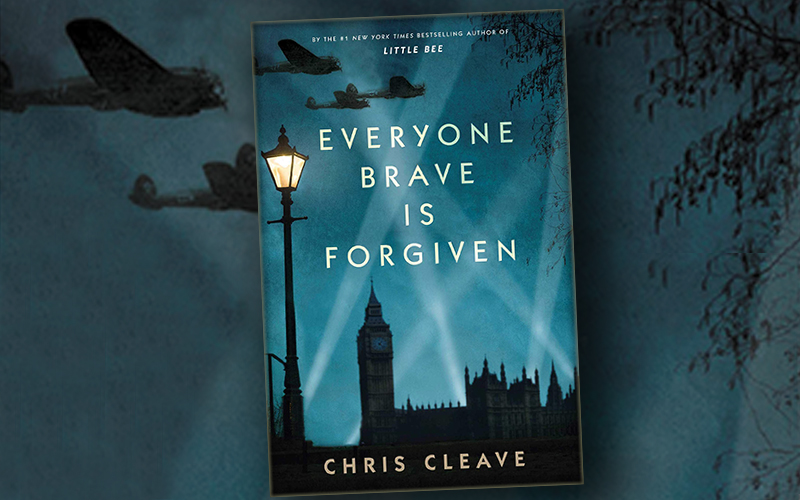 I read this last year and didn’t review it at the time because of my self-imposed ban on war as a setting. I bang on about it, but it does worry me that our go to narrative for intense emotion is war. Is this why we’ve been systematically at each others throats since the dawn of time? Because we crave powerful emotion?

With that off my chest, I have to say this is a terrific story.

I wanted to read Chris Cleave after reading a keynote speech he gave about hate emotions, which I wish I had written. He is a powerful writer. (I’ll add a link to this when I find it again!)

Everyone Brave is Forgiven is an English story that follows the lives of four young people during the early years of WW2. A working class boy, Tom, a posh girl, Mary, and his and her respective besties: Alistair and Hilda. Right there is the set up for a compelling story: character, relationships, setting. And along comes a plot to explore this holy trinity of good writing.

The characters undergo rapid change, their pre-war aspirations head-off in new trajectories. Mary drops out of finishing school and signs up for the war effort, teaching children who don’t make the evacuation cut. She befriends a young  black-American boy and finds his father in a minstrel show, an interesting racial twist in 1940s London. Tom, an educator exempt from service, falls in love with Mary. He’s “the only man in London who did not think the war was an unmissable parade lap.”  He feels the growing gap with friend Alistair, who has enlisted.  “It is not possible, after all, for a man who had gone to war to abide a man who had stayed.”

Alistair is posted to Malta and suffers the horrors. Everyone around him dies and he is promoted to fill the gap. Hilda joins Mary driving ambulances through the London blitz. Horrible things happen. They banter through them, whip-smart conversations that keep reality away.

Although Mary has set Hilda up with Alistair (as bfs often do with their boyfriend’s bf, and often with dire results), Mary starts writing to Alistair. By this time they both are damaged, full of guilt and confusion brought on by wrong decisions, things they might have done differently. She writes: “I was brought up to believe that everyone brave is forgiven,” but courage is cheap in wartime when there is no choice. Alistair struggles to write back, because she is important to him. After a stint home on leave, however, their letters change and become lifelines and their relationship grows. There are decisions and consequences, and this theme of cause and effect runs through the book.

The war offers a setting which comes pre-fuelled with  powerful emotions. The characters in Everyone Brave is Forgiven and their complicated relationships would make a good story in any setting, and here the intensity is magnified by the war, as always with the threat of extreme violence pulling our emotional triggers.