The Imaginary lives of James Pōneke, by Tina Makereti 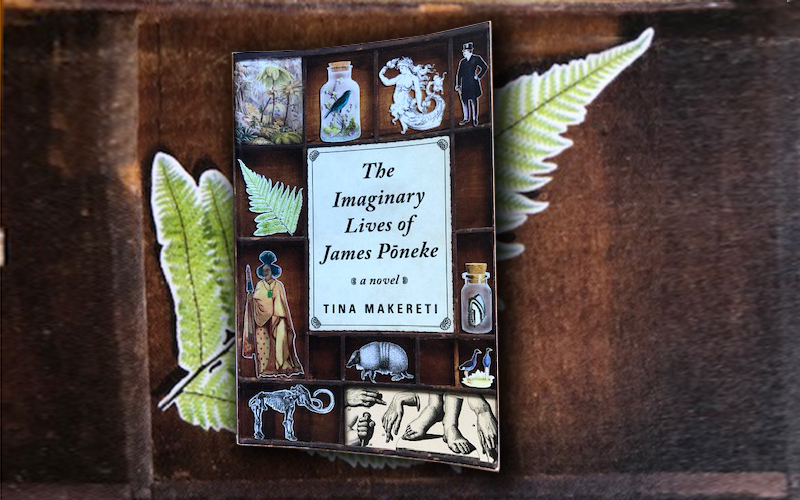 Interesting book!
Tina Marereti is long listed for the Ockham Book awards and I so hope she wins. That’s unfair, because I haven’t read any of the others, (yet, but if you send them, I will, I will!)  But if you’ve been following my book reviews you’ll know by now that I’m a sucker for Victorian era fiction and this one’s a corker.

James Pōneke is lost, in every way it is to be lost. He’s a young Māori boy in Dickensian London, lost in the fog that rolls over the Thames and lost in spirit, because he no longer knows who he is.  He lost his hapu early with deaths – “mother ran and ran and put me down under branches and then there were the sounds of weapons on flesh.”  Afterwards, the missionaries raise him to speak like them, but he is lost there, and runs away.  He staggers around trying to find someone to take him in and love him.  When a foreign artist comes to an adopted tribe he has found, he imprints himself on the man until the artist cannot do without him and takes him away to England.

In London he is exhibited, like an animal at a zoo. Worse, as a freak. It’s a shocking thing, but this stuff really happened. Londoners were fascinated with the wide world and the wonders of nature that the explorers were bringing back. Paintings and botanical exhibits and savages.  And here’s one that speaks the Queen’s English, as politely as a gentleman’s son! The crowds gather with their deep prejudices, but have no way to make sense of him and James, in turn, cannot make sense of himself.

James, or Hemi – he doesn’t know which name is his – is looked after with kindness and respect at the home of the artist but the family see only the incomplete English side of him, so he dives into the night streets of London looking to find another part of himself. He knows there is something else, but London is not a good place for him to go searching. James finds the misfits, performers and freaks. He falls in love with a man who loves a man who is really a woman dressed as a man but that is a risky business in 1940s London and so it turns out.

Hemi, or James, it doesn’t matter, he has many lives and could go either way, tells the story of his young life as if to his mokopuna. He hopes they will not be orphaned, lost, and exhibited. In one life he might find his way home and have a family and mokpuna who sit with him as he grows old and listen to his stories. But these are his imaginary lives.

Big thanks to Tina Makereti for writing this book. Some books entertain, some books stay with you and some characters settle in and become part of your literary history.  James is a keeper.