Elizabeth is missing, by Emma Healey 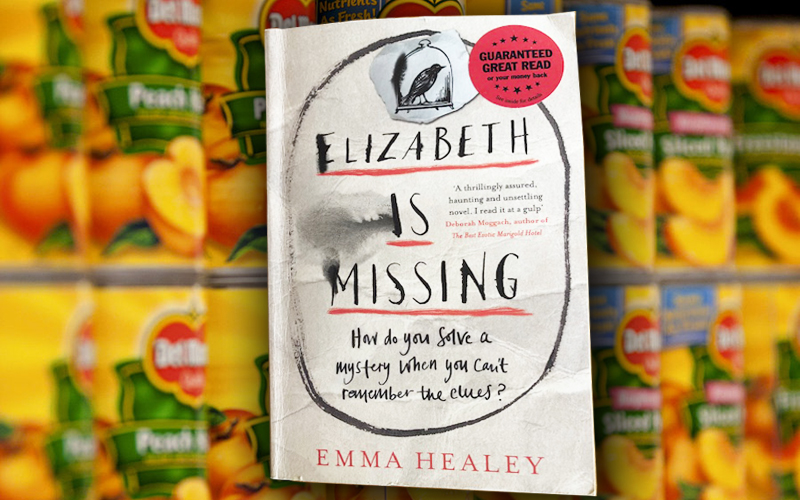 Maud is a great hero of mine. She’s an old lady who is losing her marbles, but she clings on to the things she does know for dear life. She remembers things long past, but not yesterday. She’ll set an alarm clocks to remind her of something, but can’t remember why she set it.

I’m not Maud yet. I do remember why I set the alarm clock, but the fact that  I feel I need to set it at all makes we wonder if I’m heading that way.

So here’s a lovely book for a book group of women rolling with a bit of a swagger through their fifties. Watch the hesitation in their eyes as they make their funny wee confessions and giggle. Forgot the name of the actor you watched last night? Bought canned peaches again, although they already form a wall in the cupboard? Swear blind you haven’t seen your husband’s keys and can’t explain how they ended up in your handbag? (Hang on, that last one might just be me…)

Elizabeth is Maud’s dear friend. Maud thinks Elizabeth is missing, but is unable make her concerns clear to her long-suffering daughter, or her carer, or Elizabeth’s difficult son, or the police, the doctor.  Maud is confused about a lot of things, and the way this confusion is handled by Healey is gentle and empathetic. We are inside her head and feeling her frustration, but can also sympathise with the way those around her react to her crumbling reality.

The missing friend obsesses Maud so piercingly because, after the war, her older sister, Sukey, also went missing.  She was never found. We go back fifty years into Maud’s clearer memories, but things get more confusing before all the unravelling begins to reform into something unexpected.

It’s hard to categorise Elizabeth is Missing. It’s a lovely character story and a well described study of a woman’s slide into dementia with all the accompanying frustrations and misunderstandings that many readers will recognise.  It’s also a sharp psychological mystery, and a ripping thriller.  There are lots of different aspects to discuss in Healey’s book (not least that it’s her first novel – how does a woman in her twenties develop such acute observation?) For sure it’s a good pick for a women’s book club if, as I say, the odd senior moment hovers around your periphery.  This will make ’em squirm.